WHERE IT ALL STARTED

The journey began in 2007 with the Launch of The Witcher.

And their next project was just waiting to blast the gaming community with a fantastic RPG! Launched in 2015: The Witcher 2 Paved the way for CDPR to show the world their real worth.

Within the first week of the launch of  The Witcher III over 6,014,576 copies were sold globally.

From gamers to critics everyone was praising the storyline and the mechanics of this game.

Fun Fact: The Witcher III currently tops the chart at 24th position for Most Selling Video Games till Date. 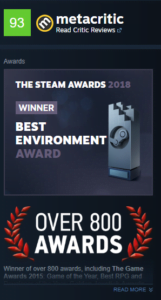 Now The Question: WHY EVERYONE LOVES CDPR?

The answer is going to be pretty long, so buckle up and lets divide it into 2 different perspectives:

(And these thoughts are what I think. My personal opinions)

From Consumer's Point Of View

Well, CDPR do not really care about how many people play their game unethically but what they care is HOW MANY PEOPLE ARE PLAYING THEIR GAMES.

This makes one buy their games. Also adding DRM protection can decrease the performance of games to a certain extent

FUN FACT: Some of Ubisoft’s games perform better when played its cracked varient due to its choppy DRM

CDPR is loyal to the ones who preorder their games.

They generally provide DLCs for free when they are launched if you preorder the game. Hence, showing affection and loyalty to the customers who trusted them beforehand when the game was not even launched.

FUN FACT: When The Witcher III was awarded the GOTY title, both of the full expansions, Hearts of Stone and Blood and Wine DLC’s were given to the customers who ordered the game before the award announcement.

The story line of the games launched by CDPR has a weird SOUL.

One can really connect to the mechanics and the character of the game. One can understand what the charcater thought which taking a particular decision.

And in Cyberpunk 2077 you get the option to choose the perfect dialogue of your likings adding a personal touch.

You have to agree that they age their games pretty darn well.

They will try to optimize the game since the game is launched.

The size of their games is just extra ordinary(Rainbox Six Seige should learn a thing or two from the).

Their On Launch games are not always perfect but they make it over time.

From A Brand's Perspective

Although Cyberpunk 2077 Multiplayer Edition is rumored to have Micro Transactions.

They are based in Poland where they started.

They were developing a Video Game in a country  where most of the people had no idea about the Gaming Industry at that time at least.

And succeeding in doing so without the proper Guidance (per Say) and with a pretty small team when they created their very first Game ,The Witcher

NEWS: CD Projekt executives took responsibility for Cyberpunk's buggy launch in an email to staff today, saying this year's performance bonuses will no longer be tied to review scores, given the circumstances. Before, the threshold was 90+ on Metacritic https://t.co/poW86s3xaf

Although Cyberpunk 2077 has many glitches but I believe in CD Projekt Red and as you are reading this they are currently optimizing their game to be bug and glitch Free! 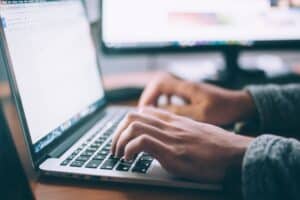 Were you thinking to buy a Laptop? Well check out this article to find the best laptop under 70000

Check this article to find the best laptop under 60000 INR. Whether you want a laptop for business, editing or Gaming this is your article! We Don’t Spam!  You will rarely even get a Email per Month